If you’d asked Amanda Helt when she was a student at Brock High School if she’d ever go on a mission to give immunizations to babies, she’s have given you the look teenagers master so well – the “why have you grown three heads” look, followed by a typical precocious “whatever.”

That’s because she was a typical teenager – looking just as far ahead as she needed to find her way out of high school and into the “Rest of Her Life.”

For Helt, that was nursing school. She landed at Nipissing University in 2009, carrying as much of her old bedroom as she could into her new dormitory. And as is usually the case at university, she then had the rest of her life in the palm of her hand. Realizing her blessings, Helt took on nursing with a seriousness she’d never exhibited in high school. She worked hard, learned to communicate well, took criticism when needed, and took note of the world around her. 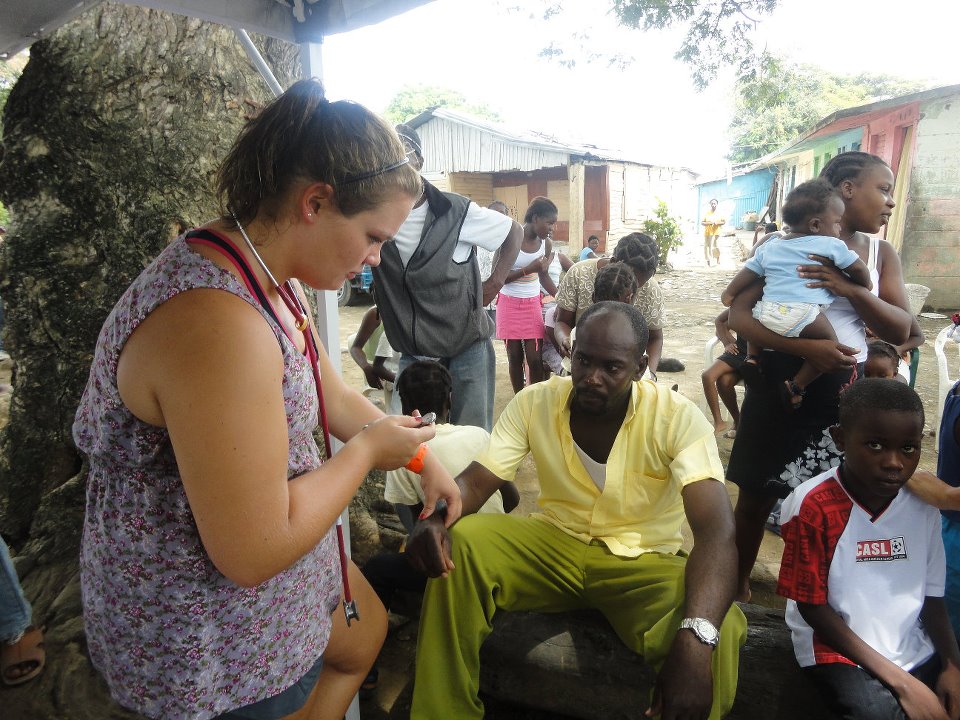 So when the chance to climb aboard a mission trip came up this year, Helt was the first to kick off her sandals and say “Pick me!”

And they did. She raised money for the trip through bottle drives, yard sales, church donations, and bake sales. She witnessed the open hearts of people who want to give to a good cause; she watched in amazement as people at a yard sale donated twice the price of an item once they knew it was for her trip. She wrote thank-you notes and made phone calls. She organized her documents, packed her belongings, loaded up the GPS and drove herself to Buffalo to meet the other missionaries.

This is so much more than the Helt that Brock High School graduated in 2008. Or is it? Clearly, this girl has held within her, the potential to carry out such great works for a long time. Those who know her speak with ease about her kind and loving heart, about her caring ways. Her nickname among her dorm-mates at university is “Momma” for good reason. She exudes this in all her endeavours.

Now she can add “missionary” to her list of accomplishments. The rest of us can remind ourselves that sometimes a child’s journey into adulthood can hold the most beautiful surprises. It did for me, when my daughter, Amanda Helt, became a missionary.

Laden with a suitcase packed with items she thought the young Dominican families could use, Helt left her Sunderland family home Friday for an adventure that promises to change her forever.